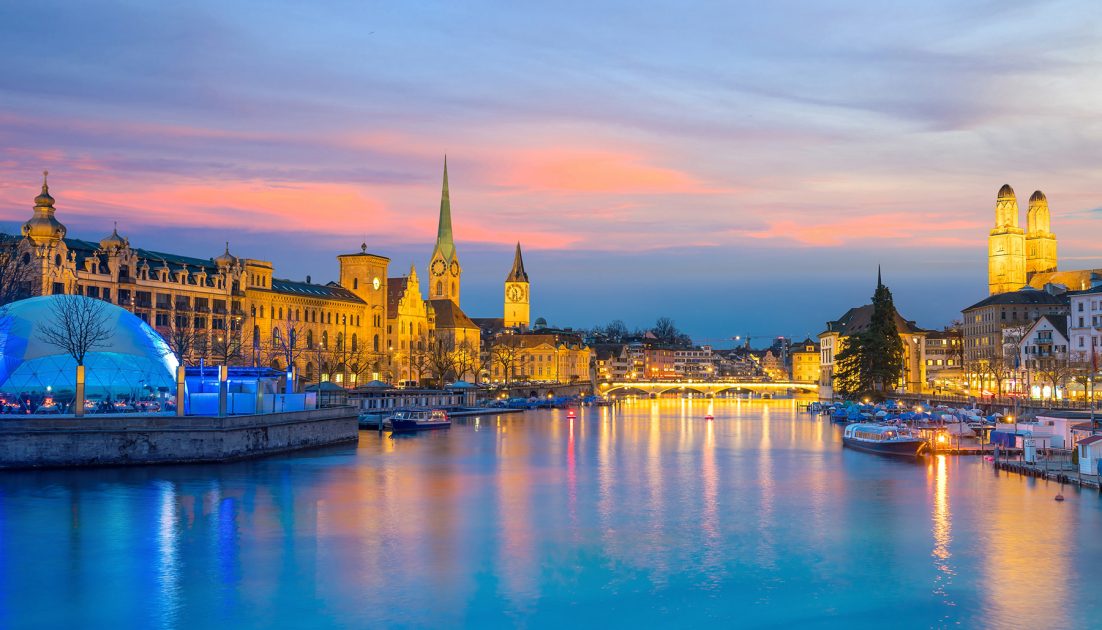 Earlier this year, we launched the new AWS Region in Italy and South Africa, and have plans for three more AWS Regions in Indonesia, Japan, and Spain.

Coming to Switzerland in 2022
Today, I’m happy to announce that the AWS Europe (Zurich) Region is in the works. It will open in the second half of 2022 with three Availability Zones and will give developers, startups, and enterprises, as well as government, education, and non-profit organizations the ability to run their applications and serve end-users from data centers located in Switzerland.

This will be our eighth region in Europe, joining existing regions in Dublin, Frankfurt, London, Paris, Stockholm, Milan, and the announced region in Spain. AWS customers are already using 77 Availability Zones across 24 regions worldwide. Today’s announcement brings the total number of global regions (operational and in the works) up to 28.

A History of AWS in Switzerland
Many Swiss companies were among the earliest adopters of cloud services in Europe when AWS launched in 2006. Customers based in Basel, Berne, Geneva, Lausanne, Lugano, Zurich and other cities in Switzerland are using AWS to run everything from development and test environments, big data analytics, mobile, web, and social applications to enterprise applications and mission critical workloads, also thanks to the AWS Financial & Insurance Services Addendum (FISA).

That’s why we opened our first Swiss office in Zurich in April 2016 to host a growing team of account managers, technical account managers, partner managers, systems engineers, solutions architects, professional services and many more functions and roles. In 2017, we announced an Amazon CloudFront Edge Location and Direct Connect location in Zurich, and we opened a second office in Geneva to support the rapid growth in the country.

Here’s a short list of Swiss customers to give you an idea of what’s already happening:

Enersis is running its platform GRIDS on AWS, allowing the company to scale up their solution to meet growing customer demand and decrease the time to set up and roll out new clients from 1-2 months to only a couple of days. Since its development, the SaaS solution has been deployed to over 1700 municipalities and cities in Europe.

AFO Marketing is using AWS to run their applications, databases and servers increasing performance by 20%, compared to their previous on-premises setup, while at the same time reducing their yearly IT infrastructure and management costs by 20,000 Swiss Francs. At the same time, they lowered both their Recover Point of Objective from 24 hours to 1 hour, and Recovery Time Objective from 4 hours to 2 hours, resulting in increased availability.

MENU Technologies is using AWS to simplify and accelerate its development process, by 25% from 16 to 12 hours, offering its customers a stable and highly-available multi-regional infrastructure. The company is recognized among the top 10 food and beverage technology solution providers in Europe and enables eCommerce for more than 1 million users worldwide. They went all in on AWS and improved the response time of their global endpoints from above 300 milliseconds to below 80 milliseconds by using Amazon Relational Database Service (RDS) and Amazon ElastiCache.

TX Group AG is as a network of digital platforms and is using AWS to operate websites and mobile apps with an uptime of 99.99 percent of more than 50 well-known newspapers and magazines, reaching over 80% of the Swiss population every day. By leveraging services such as Amazon DynamoDB and AWS Lambda the group can speed-up new features development and reduce operating costs. Amazon ECS and Amazon Elastic Kubernetes Service allow them to remove the burden to manage and maintain on-premises Kubernetes clusters, so they can focus on re-architecting other legacy parts of the existing IT infrastructure.

The new region will give these customers (and many others) a new option with even lower latency for their local customers, and will also open the door to applications that must comply with strict data sovereignty requirements.

We’re looking forward to opening the AWS Europe (Zurich) Region in the second half of 2022, serving new and existing customers and collaborating with local partners to drive innovation in Switzerland.

P.S. – If you’d like to join our teams in Switzerland, check out our open positions in Zurich and Geneva.